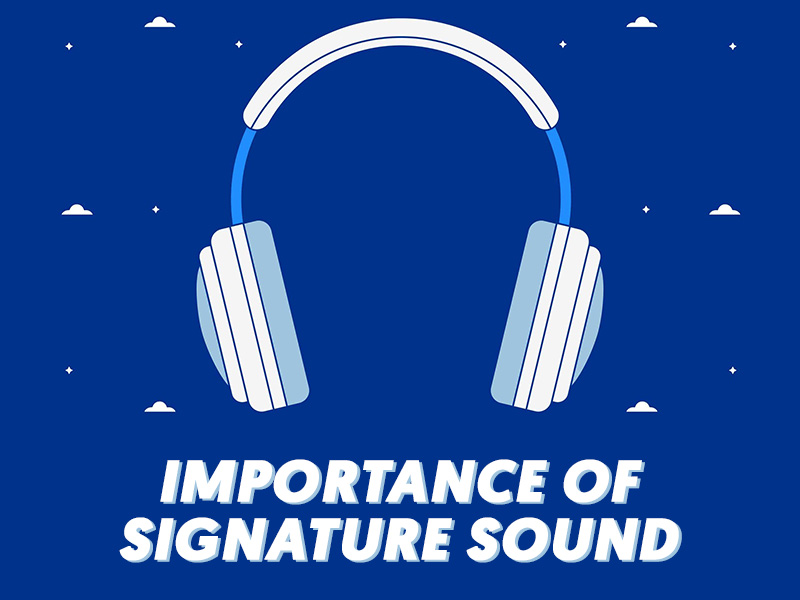 HOW TO FIND YOUR SIGNATURE SOUND?

What do you mean by the term “Signature Sound”?

I have seen a lot of people sharing some crazy stuff on the internet about how to create your signature sound and the majority of them have gotten it all wrong. A lot of you folks are still struggling to discover a signature sound for yourself.

The answer to this question is very simple. There is no single way to go about it. Yes, that’s the most precise answer I could give you, because finding your signature sound is a process where you are finding yourself. It won’t naturally come to you, given the fact that the market is filled with a lot of biases, and to choose something that represents you, and to pull that off with confidence, is going to be extremely difficult, but not impossible.

So, here are the ten things that you need to look for while finding your sound and your signature style. Let’s start When I heard this album for the very first time, it had completely changed my perception of what music is and how music could also sound like. For a lot of people, this album has been a shining source of inspiration. This album is a unique piece of art in itself. Let’s dive much more deeply into it. The band has practiced or rehearsed each piece of music so much that they can make the same mistakes over and over again and again, which seems like mistakes to a lot of us but it simply isn’t.

For Captain Beefheart and The Magic, this was music. The main vocalist of this band was the person who formulated this band. For him, the music was something which doesn’t require to have any boundaries or constraints.

He played an instrument that he didn’t know how to play and expected his entire band, including the bass guitarists to play the notes in the same octave which he was playing on the keyboard. For the most part, the drummer used to have quite a hard time because the bass guitar and the lead guitar and the rhythm guitar are all playing in different time signatures and constantly changing scales and tempos throughout the entire track and he was the person who was expected to somehow glue all the elements together and make it sound cohesive.

When the drummer said, “It is really hard for me to do this”, the vocalist replied, “You think you are having a hard time here, imagine singing on that shit”. What TMR has taught me is, music has no rules and no boundaries. If you can listen to Captain Beefheart for 20 minutes, you can make your signature style and sound as well. It’s just that the tolerance to develop a new style is something that will come out only after acceptance.

To explain this, let me give you an example. So, let’s say you have been listening to Hanz Zimmer for about a week. You have a certain influence over his music, obviously because, Zimmer is probably among those geniuses who can make a character theme just by using a couple of melodies. Solely for that reason, Zimmer has been awarded with a lot of titles, and the more we praise Him, the less it gets.

Now, when you sit for production, there is going to be a certain prejudice in your mind, which would make Zimmer’s style influence your production. This bias is very difficult to detach yourself from because we are constantly exposed to so much music around us. The advertisement that you see on the television, or the ads you have skipped on YouTube, the music which was being played while you were surfing the television, or skipping the ad also influencs a lot of your music production style. So, the one big question is, how to get rid of this? Well, as I said, it is not very easy to do that, but make it a habit, before starting with production, make sure that you haven’t listened to any music, at least 12 hours before it.

This will heavily guide you to focus on just your style of music and make it come out well. This step is the most crucial, if not taken seriously, you may get a hard time finding the signature style or sound that you have been looking for. At this very moment, search the sound or style lurking inside you, instead of hiding it, embrace it, be it flawed or weathered, just bring that out and you will see just a tiny glimpse of what your style is.

We try our best to clear all the fundamentals, related to music and with the technicalities as well, in a streamlined fashion. If you are staying far from our reach, you can also opt for our online courses. The point is, fundamentals are an important part of the music production process and you can get it cleared from any source, as long as you have the will to do it.

Primarily, I would say, your hard work, your dedication, your endless effort are all that is going to decide whether you’re going to be successful in the music industry. Having a unique style of music or sound has its benefit for standing out amongst the crowd. I hope this blog has helped you in some way, I’ll see you in another blog, thank you so much for reading this one.

Have a nice day.