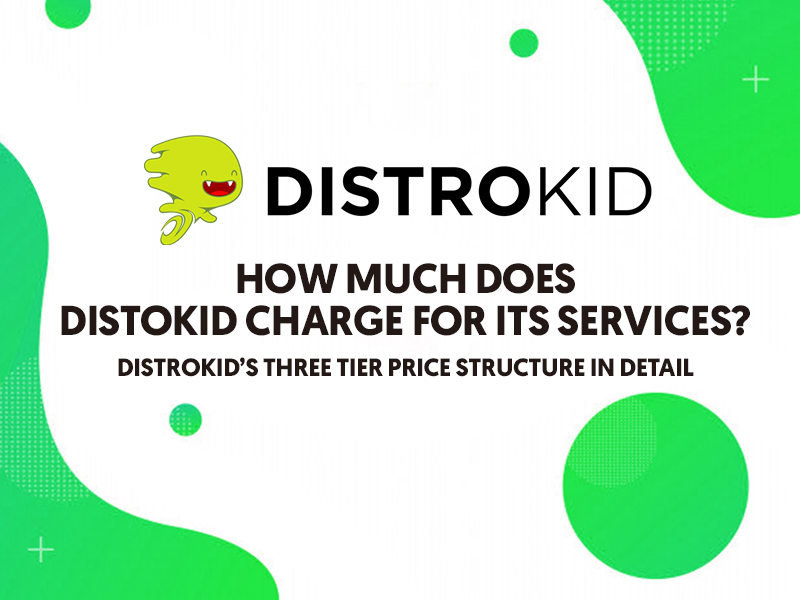 HOW MUCH DOES DISTROKID CHARGES FOR ITS SERVICES? DISTROKID’S THREE TIER PRICE STRUCTURE IN DETAIL

Now, DistroKid offers a very cheap option to its clients. For only $20 annually, you get to upload an unlimited amount of music to DistroKid’s platform for distribution. Imagine how affordable that is. This is DistroKid’s cheapest tier service.

As you may already know, there are extra distribution services with additional costs that DistroKid offers. For instance, if you are a music artist and you intend your music to be identified with Spotify’s editorial playlist curators, you will have to pay additional fees, and hence the first tier, that is a $20 annual fee, would not be the best appropriate tier of service to subscribe to. To customize your release dates, you need to subscribe either to the Musician Plus tier or Label tier. Remember that DistroKid offers three-tier services. Do not worry, we will cover these in a bit. So, don’t stress up, you will understand them better as we proceed.

To understand this concept better, note that DistroKid offers a three-tier service namely;

The other tier is the musician plus tier. For this tier, you will need to pay an annual fee of $35.99. Paying for this tier means you will get a customizable label name, customizable release date, customizable preorder date, and customizable iTunes pricing. Besides, for two bands or artists, DistroKid allows for unlimited distribution of music for one whole year. You will also get to obtain access to Spotify’s artist verification platform. In this tier, DistroKid allows such access to two bands or artists, unlike the musician tier where the access is only given to one artist or band.

The third tier which is known as the label tier requires clients to pay a $79.99 annual fee. For this tier, DistroKid allows for unlimited distribution of music by at least 5 and at most 100 artists or bands. It also allows for unlimited lyric distribution. If you manage to pay for this tier, you will get access to a customizable label name. You will also be offered customizable iTunes pricing, customizable release date, and customizable preorder date. Under this tier, DistroKid will grant access to Spotify’s artist verification platform to two artists or bands. You will also be able to get daily sales stats. As usual, DistroKid will also allow you to keep 100% of your royalties. You will only be required to pay the $79.99 annual fee. And for this, you will, also, get syncs lyrics for Instagram. All these packages fall under the label tier.

Having looked at these three tiers of services that DistroKid offers, which tier best fits you? And why? Would love to hear from you. You can type in your response in the comments section below and let’s talk.

One of the main unique features of DistroKid that makes it stand out is the fact that it offers the unlimited distribution of music for an annual fee. And you only have to pay $19.99 for this. However, you should note that the musician tier is not appropriate if you want to submit your music to Spotify’s editorial playlists. This is because the musician tier does not enable you to customize your release dates. That is why you will find most music artists opting for the Musician plus tier or the Label tier and also because these two tiers allow you to gain access to the statistics page. I will explain to you more about this in the upcoming blogs.

You should also be aware that there are extra additional services that DistroKid offers. For instance, if you want your music to be recognized by iPhone users, then you will have to pay extra charges.

There are more extra services offered by DistroKid. We will cover this bit in the next blog. Just click NEXT on your screen. Thank you for reading. 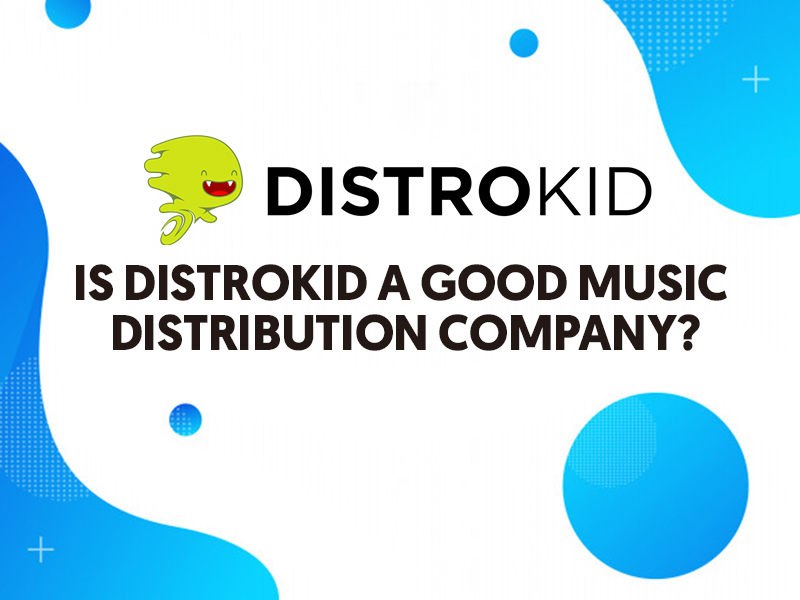 Hello there. I take this time to welcome you to this part of the course. Today, I am going to shed some light on the question of  DistroKid being a good music distribution company or not?

I am going to explain to you how DistroKid came to be, what is the story behind, I will also explain to you, among other things, what services does it offers.

To start with, DistroKid is a new kid on the block, compared to the likes of CD Baby, since it was established around 2013 and hence has not been in the music industry for long compared to some of its competitors such as TuneCore and CD Baby. However, even with such a duration of time, DistroKid has established its reputation over the years and has a relatively huge number of clients.

Perhaps this is because of the relatively lower fees it charges for its services. Let’s not get ahead of ourselves, we will look at its pricing structure later on. As you may already know, most distribution companies usually integrate more services such as publishing or even social media promotion into their set of services that they offer. Such that it is not solely a distribution-platform per se.

However, DistroKid is different. It doesn’t majorly rely on such additional services. Mostly, DistroKid only deals in music distribution. Therefore, it majorly specifies the music distribution field. What makes DistroKid famous and one of the best distribution companies is the speed by which they distribute their clients’ music to different music platforms and also given that they charge cheaper fees.

DistroKid majorly deals in music distribution. It gives a platform to music artists. Most music distribution companies usually hide under the guise of offering additional benefits, and yet when you try to use such benefits, the links they provide, redirect you to another different site which will require you to pay an additional fee to enjoy the ‘benefits’. Now, DistroKid is simple, upload your music and that’s it!  No blackmail!

The truth about DistroKid?

DistroKid has therefore built a very strong and good reputation over the years, especially among independent music artists. But even with the strong reputation, DistroKid still suffers criticism from its clients about how it runs its program. There have been issues about its customer service and how unresponsive it is. One of the criticisms DistroKid also faces from its fans and clients is its pricing plan and structure.

We will get to look into the pricing structure in a bit. DistroKid offers three-tier services where its clients are given access to an unlimited number of uploads. But of course, some services will require more costs, for instance, if you want Shazam recognition, you will have to pay extra cash.

This has had many of DistroKid clients complaining, but I do not see it as a big deal. Especially if you compare it to other distributors who offer mandatory ‘additional services’ that cost an arm and a leg. With DistroKid, you do not have to pay extra costs.

It is not in doubt that DistroKid has its share of disadvantages as well, but if I am to be fair, it is a very good music distribution company. We will look at some of its disadvantages later on in the course.

For now, let’s click on the next blog to learn about DistroKid’s fee structure to know how it charges for its services. Meanwhile, feel free to type in any questions, suggestions, or comments in the comments section below.

HOW MUCH DOES DISTROKID CHARGES FOR ITS SERVICES