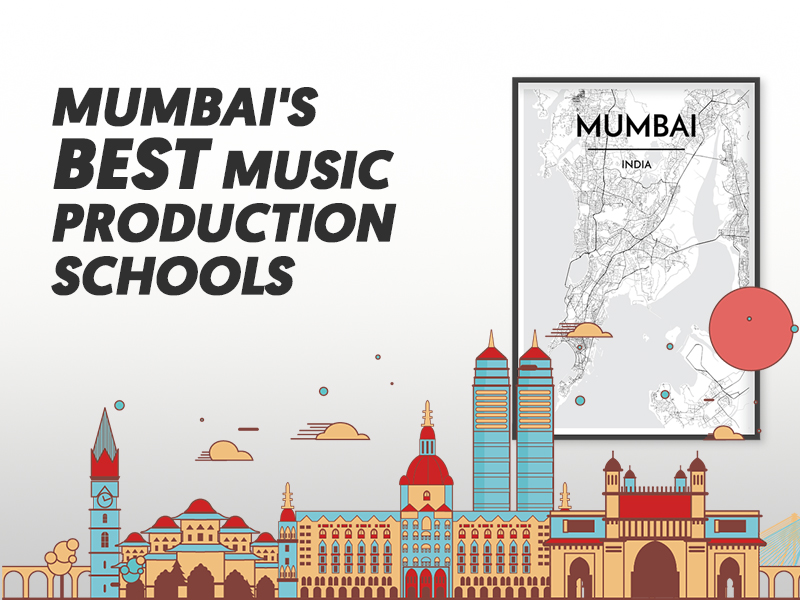 A lot of people have been asking me, even our academy students, “which music production school is the best in Mumbai?”. It is indeed a difficult answer because we want to be very honest with the students. But first, we need to address what is it that the student is wanting to learn. If the student wants to learn all the intricacies of music production, then there are certain schools to offer that learning. If the student wants to learn only the audio engineering aspect of it, then there are certain schools or institutes which are going to help you with that.

Identifying is the root cause of confusion and here, I am going to try my best to make this confusion go away by giving you enough information, so you can decide or choose, which music production or audio engineering school to opt. The field of audio is vast, with many areas of audio proficiency one could have. Hobbyists use audio for all sorts of things, and audio professionals can be found in a huge range of vocations. Some common areas of audio work include:

This involves working in a studio for doing recording work, audio manipulation, audio editing, recording instruments, mixing, or mastering work. Just like any conventional corporate office, the audio engineer is expected to work here for a stipulated span of time, the working hours depending upon the number of recording sessions booked per day. As usual, the conventional labor laws are applicable for the Studio Sound Engineer as well, which includes 18 days of Paid Leaves or Earned Leaves, 7 Casual Leaves, 2 Sick leaves, and other public holidays.

The live sound engineer is supposed to take care of the entire sound setup in an arena. All the live shows, music concerts, or even conference meetings fall under Live Sound Engineers supervision. The Live Sound Engineer is responsible for taking care of the interconnections of different speakers, the placement of the speakers, addressing the speakers to the public in the most efficient way, monitoring system for people who would be on stage, and other related stuff.

Live Sound Engineer may have to work for a prolonged duration if the show goes on, and not expect to be paid more for the same (if the engineer is paid monthly). It is again, a great avenue of sound/audio because it is indeed a lot more fun when you get to travel across different places, either throughout the country or at times even throughout the world.

If you are a musician, then you need to have some expertise in terms of recording the sound and the functionality of the audio system and the interconnections part of it. To some extent, Musicians should even be able to work on the DAW (Digital Audio Workstation) if necessary, to record the vocals or the instruments.

The main asset of any music producer is the machine and the DAW they work on. To know everything about the software, about different processors, and about the intricate details of music production which can involve mixing and mastering work as well.

For DJing, the most important part of learning is also knowing things about Live Sound, and how to set up the speaker’s system. If one is unaware of the complexities of DJ consoles, then you may also have to learn certain DAWs, which can help you with the same.

A lot of people are not aware of this, but in Radio Stations, an audio engineer is most required, and there are always some vacancies for the same, especially for the night shifts. The Radio Engineer is expected to do the same thing that a studio engineer would do but in much greater detail. The engineer should have a basic knowledge of Radio communication and Broadcasting techniques.

This is the main avenue where the sound engineer is required to make the most out of the technical expertise and creativity as well.

The field sound engineer is responsible for recording the sound which is on the field. The main purpose of these engineers is to carry on-location recording equipment (typically a Zoom Microphone) and record the ambiance sound of a location. For instance, a film could require a sound of a fish market in the post-production, which may or may not be available in the boom library, so the on-location recordist is hired for the same reason, to go to this specific location to capture the sound of a fish market.

After the dialogues of the films are recorded, they need to be edited in such a way that it syncs with the video, and erroneous parts are eliminated.

There are sub avenues of this as well, sound designer and sound mix engineer. This requires the highest level of audio proficiency because the film is supposed to be mixed in surround sound formats. The Sound Designers’ job is to place the sound in accordance with the video which is being played in the film.

By looking at all the above, avenues of audio engineering, one needs to know exactly what they are looking for to learn. If only the music production part is concerned, there are so many schools that teach the same. Once you identify, what you are looking for, below are some of the well-renowned music schools which you can select as per your requirements. There are more avenues like Foley sound recorder and foley sound artist.

Just like there is an IIT for Engineering, there is FTII for creative aspirers. Just in case, if you’re wondering, FTII is possibly the best institute to go for learning film postproduction and audio engineering. If you’re planning to work in any of the radio or television broadcast stations, this college has the best knowledge and resources to offer. They offer 3 years of sound engineering course, which involves 6 semesters, two semesters per year. The duration of the course indeed may be long, but the learning experience is always what counts. You can review some of the testimonials from the Alumni who have passed out of the college. Although this college is not in Mumbai, it’s worth going to this place, as it is located in Pune, which is just 3 hours driveway from Mumbai.

The duo of Lost Stories, which includes Prayag Mehta and Rishabh Joshi, in conglomeration, decided to teach electronic dance music, to the students across India. This is probably the best place to learn music production and everything related to Ableton Live. Those people, who want to learn the background scoring and bits and parts of sound designing and surround sound mixing can also lookup for this course because the Gold Course of the institute has almost everything to offer in their curriculum. They also focus on teaching their students the intricacies of mixing and mastering which the majority of the people find difficult.

The term of the Gold course is for one year only, so those people who want to learn quickly can come here.

SoundideaZ is another music and audio school which can help a lot for those people who want to do more than two courses, in terms of music production, as well as mixing and mastering as well. They also have courses which could help you with Film Postproduction and Live sound as well. Although they have different courses, you can choose which one to opt for now that you have an ample number of details which I have explained above in the field of work. They also have a diploma course for electronic music production, but they have a separate course for advanced mixing and mastering concepts. So, choose wisely.

For those people who want to learn musical instruments and music production, this is probably one of the best music production school you’ll find not only in Mumbai but throughout India. TSM offers a wide range of courses, which also includes Western Vocal and Hindustani Classical Vocal training as well. The sound engineering portion of TSM is quite wholesome and you’ll find pretty much everything you needed to know about the sound aspect of it, especially the live sound engineering because they really dig deep into it. They do not have a surround sound mixing course to offer so, not for those people who wanted to get into surround sound mixing.

Although they have a sound designing course the idea of not mixing it in surround sound formats doesn’t intrigue me that much, but again, all these things included just in one package of a two-year term course is great. The rest of the courses are quite compelling and offer in-depth knowledge regarding the subject which is great.

They also have an affiliation with the University of Hertfordshire, which makes it even better for you, if you’re looking for a great certification course. I am really not sure about the Music Production course, they have a lot of things to offer in a span of three years course, which is quite a lot, but then you can also get to meet a lot of like-minded people, and they have a great campus.

If you want to get into one of the best media colleges in the country, Whistling Woods is probably the place to be. They offer a wide array of courses, not only with respect to the audio, sound or music aspect of it but also in terms of, Film Making, Acting, Media & Communication, Event Management, Graphic Designing, Fashion, Animation & Game Design, Short Term courses, online courses, and vocational education. Coming back to the Music production course, they have three years termed course, which offers huge learning of Music Production, Music History, Song Writing, Staff Writing, Composition and has a lot more to offer.

I hope this will help you to know exactly which field of audio you want to get into, either it’s Music Production, Studio Work, Film Postproduction, or anything else, you know now where to look into and what to look out for. I hope this blog has helped you to choose a career path and deciding for your future, what exactly you wanted to get yourself in. Thank you for reading this one, I’ll see you in another blog.

How to Produce music from home 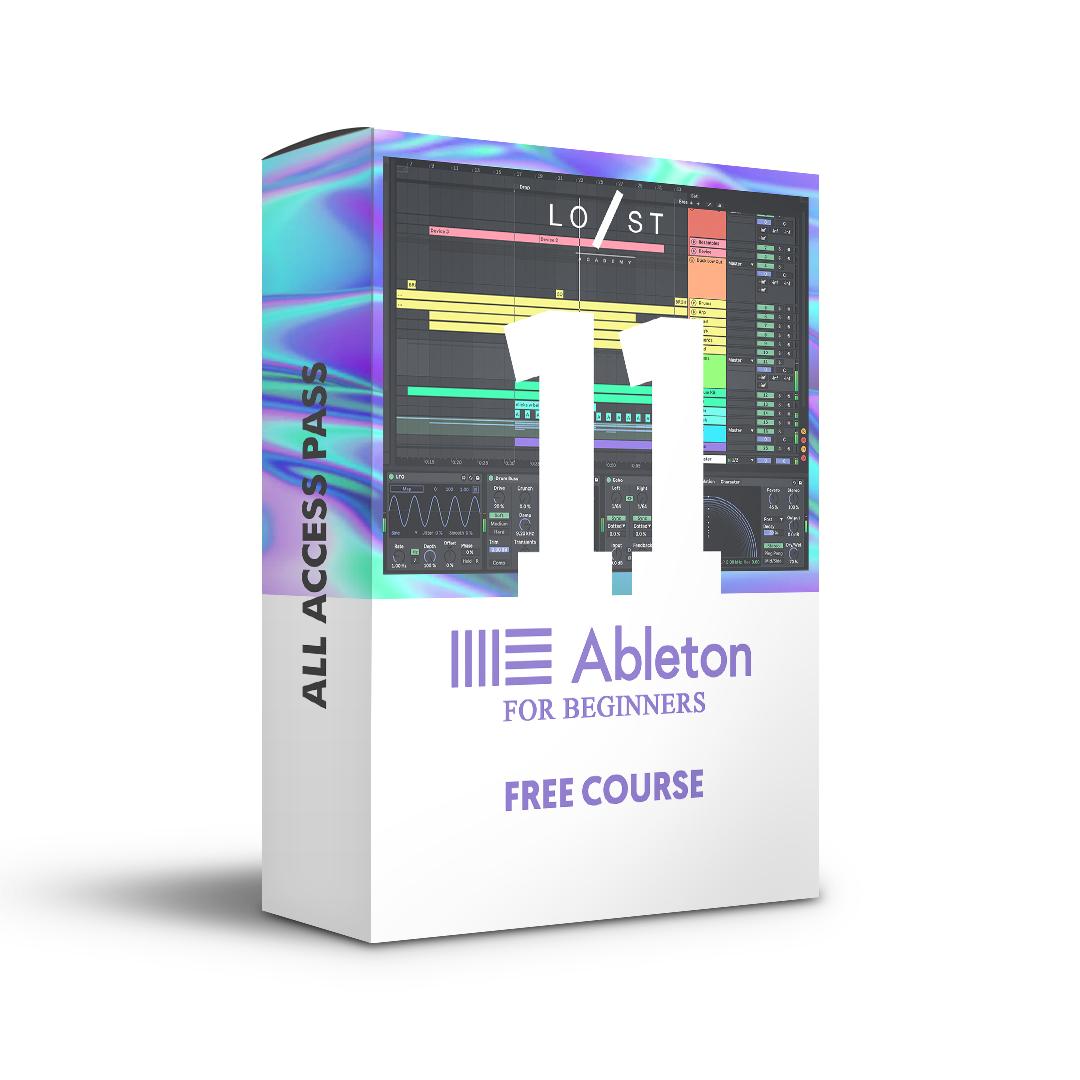